The beginning of a new year is an ideal time to explore what astronomical events we can expect in the coming twelve months and this will be the focus of this month's column. As usual, I will concentrate on events that can be experienced without the need for expensive equipment.

One interesting event in December last year was the conjunction of Jupiter and Saturn on December 21. Normally such an event does not gain much public attention but given the rarity of the event and the fact that it occurred near Christmas, the conjunction gained a lot of attention in the media. 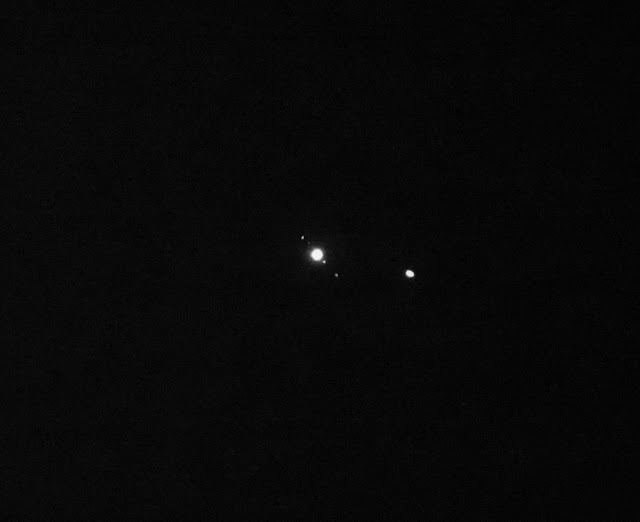 In any given year there are often several planetary conjunctions, and this will also be the case this year:

February 11: Venus-Jupiter conjunction. The best time to see this conjunction will just before sunrise. At this time in the early morning Saturn will also appear in the same part of the sky.

March 9 and 10: Mercury-Jupiter-Saturn alignment. On these two days these three planets will appear to be almost in perfect alignment in the early morning sky. The crescent Moon will also be visible at this time and this will provide a great opportunity to take a photograph.

August 18: Mars-Mercury conjunction. These two planets will appear close together at sunset. Their proximity to the setting Sun though may make this conjunction difficult to see.

These conjunctions are often interesting to photograph and you do not need sophisticated equipment to do this. The image at the beginning of this article is of the December Jupiter-Saturn conjunction and I took this using a Sony Lumix camera on a tripod. You can also use a smart phone to do the same thing. NASA has a free e-book on how to do this – see https://spacemath.gsfc.nasa.gov/SpaceMath.html. 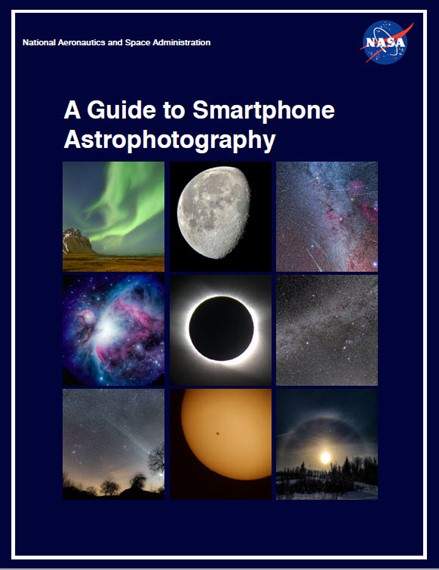 One other planetary event of interest will be on January 27 when Mercury will reach its highest point in the evening sky – see https://in-the-sky.org/news.php?id=20210124_11_100 for details.

May 26: Total lunar eclipse (occurs during a super moon).

November 19: Partial lunar eclipse (during the maximum phase, it will briefly appear as a total eclipse).

A meteors or shooting star may be seen anytime of the year in the night sky. At periodic intervals, however, the Earth’s orbit crosses the debris from a comet orbiting the Sun causing a meteor shower. These showers are named for the constellation where the meteors appear to be coming from (this point is called the “radiant”). Dates for meteor showers in 2021 are:

The International Space Station (ISS) is the third brightest object in the sky and is an easy and fun object to spot if you know when and where to look. The NASA site below can be used to find out when the ISS will appear in the night sky in our area. It also enables you to receive emails and text alerts when the ISS is flying over: https://spotthestation.nasa.gov/. 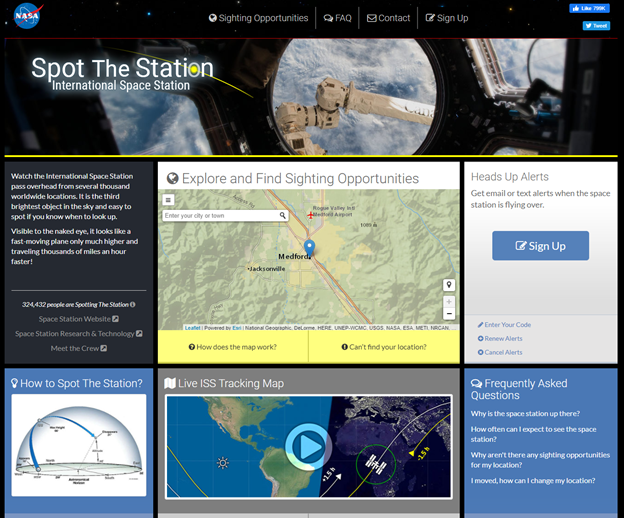 Last year was a busy time for space exploration and 2021 promises to be equally exciting. Key events and missions planned for 2021 include: 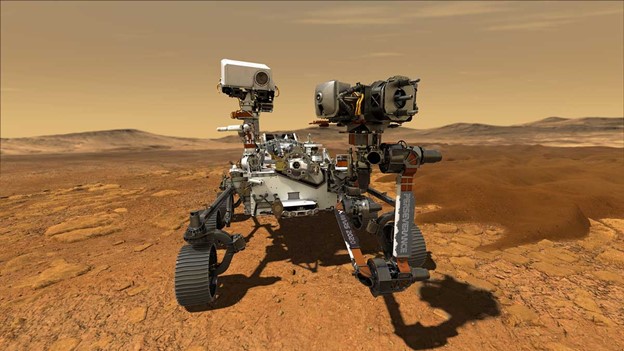 July 22: Launch of NASA DART mission to crash a spacecraft into asteroid 68503 Didymos.

October 16: Launch of NASA Lucy mission to visit 8 asteroids in a decade.

More details about most of these missions can be found on the NASA website at www.nasa.gov.

2021 will also see increased testing of space tourism technology with launches by Virgin Galactic (founded by Richard Branson) and Blue Origin (founded by Jeff Bezos). More information about these programs can be found on the websites of these two companies.

As you can see this promises to be an exciting year. See you next month when I will take a detailed look at the landing of the Perseverance rover on Mars.