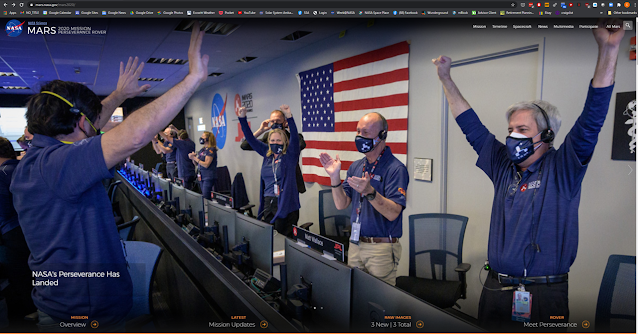 Spring is fast approaching and the weather is improving, which makes it a good time to go outside and enjoy the night sky. Daylight Savings Time (DST) begins on March 14 when we move the clocks forward one hour. To help remember which way to turn the clocks the phase “spring forward and fall backward” helps. Of course, most computer and phones do this automatically!

The weekend that DST begins is also when the March new moon occurs. This moon is known as the Worm Moon because the earthworms come out at the end of winter. The new moon is when the sky is at its darkest and is an ideal time to view the night sky. However, the Moon is also an interesting object to view as it goes through its various phases each month.

The only planet that can be easily seen in the evening sky this month is Mars, which rises in the morning and sets just after midnight.

Mars gained a lot of attention in February because three spacecraft arrived at the planet: Emirates Hope Orbiter, China’s Tiawen-1, and NASA Perseverance. All three were launched last summer.

The Hope Orbiter entered Mars orbit on February 9 and is designed to study the dynamics of the Martian atmosphere. The spacecraft captured the image of Mars below when it was about 15,500 miles above the surface of the planet. 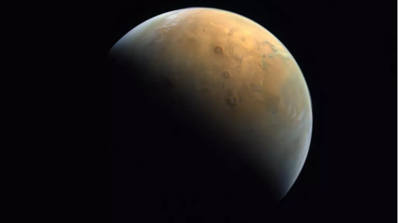 The Tianwen-1 Spacecraft arrived at Mars on February 10 and entered orbit around the planet. It consists of an orbiter, lander, and rover. The orbiter is preparing to start imaging the primary and backup landing sites with the objective of landing sometime in May or June. If the rover lands on Mars successfully it will make China only the second country to do so. The image below was taken by one of the spacecraft’s engineering cameras as it entered orbit.

NASA Perseverance successfully landed in the Mars Jerero Crater on February 18. The image below shows the control room at JPL and the first two pictures sent by Perseverance after landing. 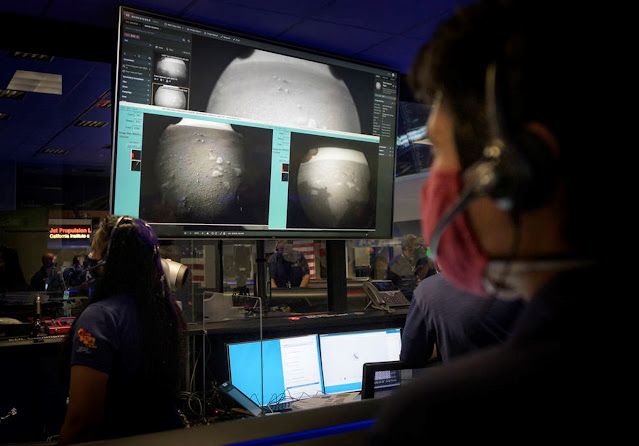 There is a significant amount of information about the spacecraft and the landing on the mars.nasa.gov website. One of the exciting early tasks will the flight of the Ingenuity Mars Helicopter.

NASA has now successfully landed nine spacecraft on Mars during ten landing attempts. The picture below from the Planetary Society documents the many landing attempts on Mars.

The night sky has many wonders. One thing I like to do is watch satellites pass over and there are many programs that enable me to predict when a particular satellite will appear in the night sky. The websites I use are n2yo.com (for satellites in general) and spotthestation.nasa.gov (for the International Space Station - ISS). The ISS is especially exciting to see pass over and next month I will look at activity on the ISS in more detail. See you next month.