Spring has arrived and it is a great time to enjoy the night sky. The diagram above from timeanddate.com shows the evening sky in Medford on April 11, the night of the new moon. The full moon on April 26 is the first supermoon of the year. A supermoon is a full moon that appears larger than a typical full moon due to it being closer to Earth. The April full moon is known as the “Pink Moon,” from the pink flowers – phlox – that bloom in the early spring.

As you can see in the diagram, evening planet viewing is somewhat limited in April with only Mars visible in the evening sky. There are, however, many other things to look for. One resource I often use to determine what to look is the monthly Evening Sky Map from skymaps.com. Each month this website publishes (for download) a map and a list of objects that can be seen by the naked eye, binoculars and/or a telescope. 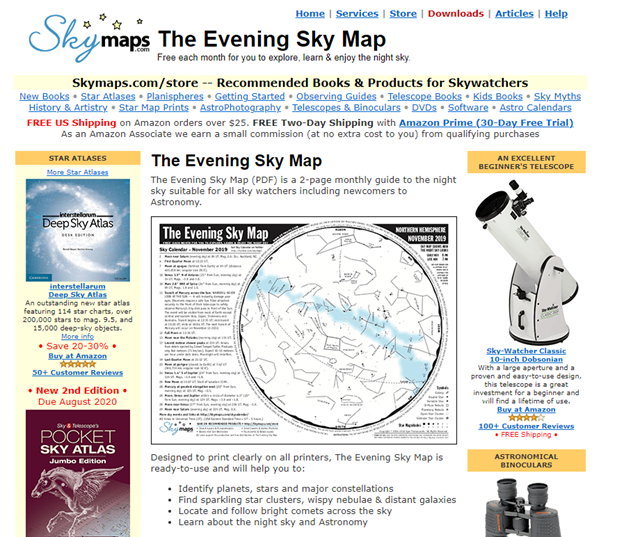 The best time to view objects in the evening is of course when the sky is nice and clear. One way to determine how clear the sky will be for the next few days is the Clear Sky Chart. An example of this chart for Medford is shown below.

Often when you are out in the evening you will see the bright light of a satellite crossing the sky. One of the fun satellites to view is the International Space Station (ISS). NASA has a website (spotthestation.nasa.gov) that lists the ISS viewing opportunities over a two-week period for any given location. The ISS is very bright and easy to spot. Some amateur astronomers have even managed to photograph the outline of the ISS through their telescopes. 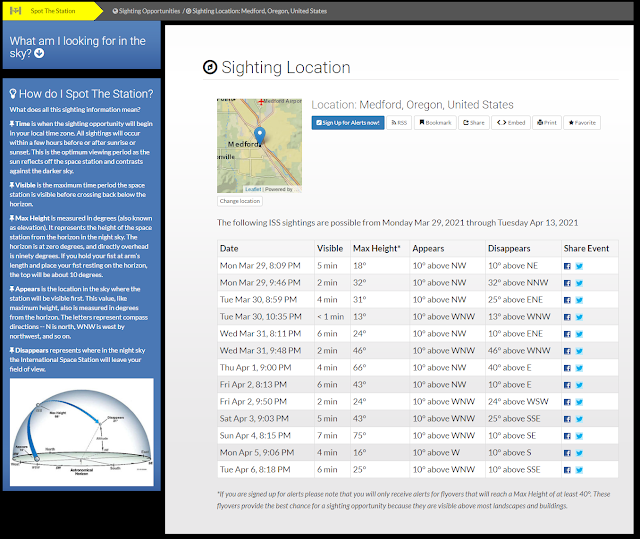 The ISS is a fascinating project and the NASA ISS website has a significant amount of information about the station and the various experiments being conducted by astronauts living on the ISS. 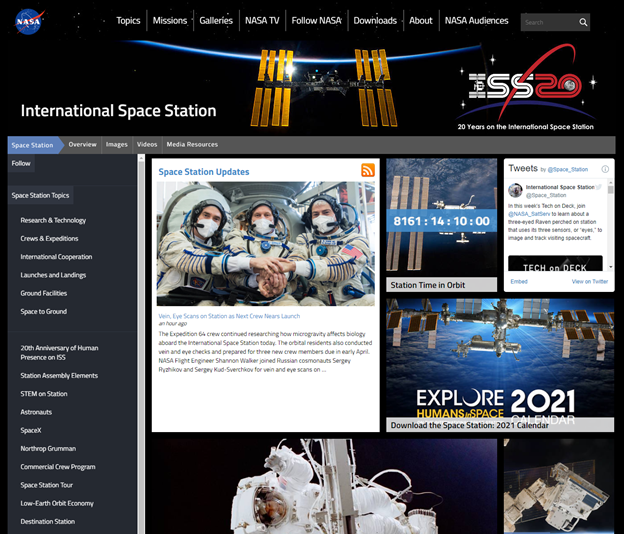 If you are interested in the experiments being performed on the ISS and even doing some of them at home, the ISS National Laboratory is an excellent resource. 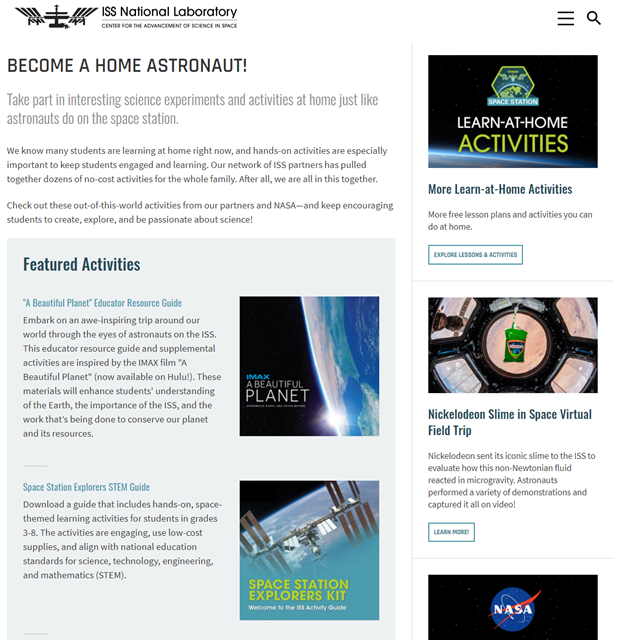 One of the projects that came out of the ISS National Lab is ISS-Above. This web portal provides the opportunity to see a live video stream from the cameras located on the ISS. 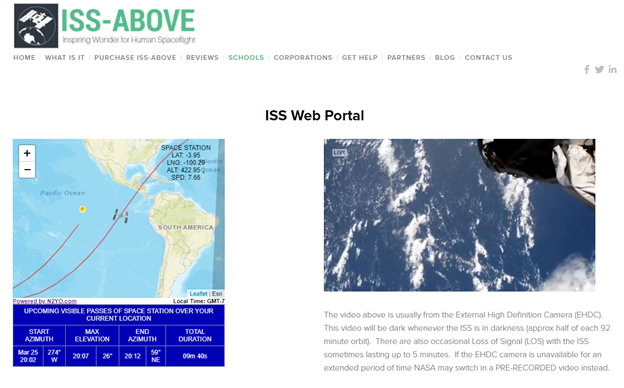 For LEGO enthusiasts, space is one of the most popular themes, and there is a LEGO kit of the ISS! 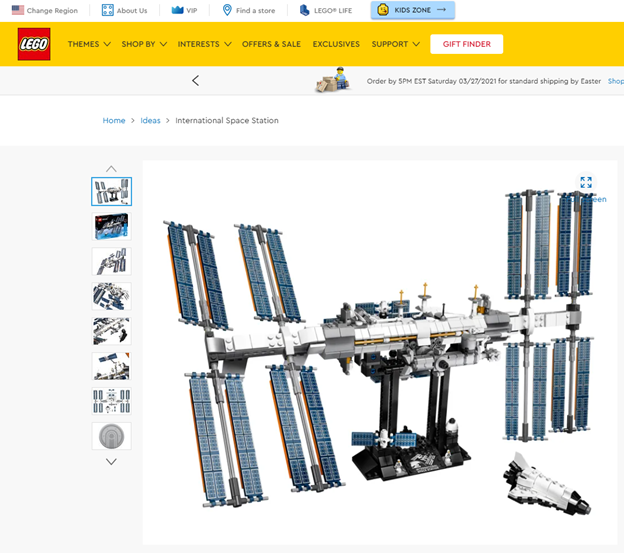 One exciting new LEGO kit being released in April is a 2,354-piece kit of the Discovery space shuttle. This is a massive kit and includes a model of the Hubble Space Telescope that was launched from the shuttle. 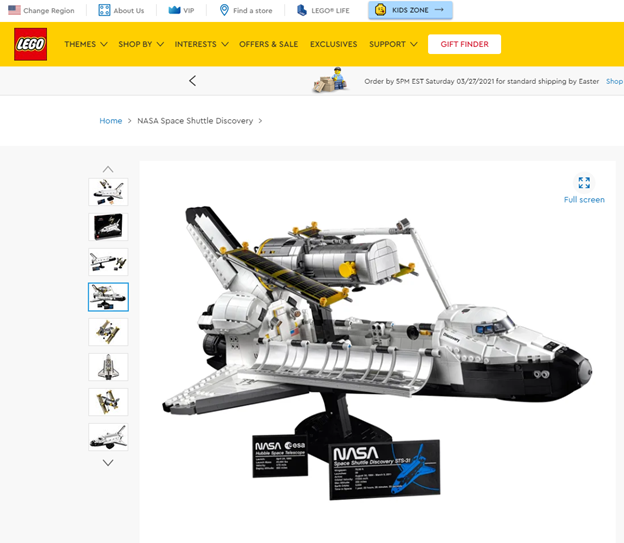 One other thing to watch out for in April is the deployment of experiments on the new NASA Mars 2020 Perseverance Rover, which landed on Mars in February. One of the most exiting will be the first flight of the NASA Ingenuity Mars Helicopter! 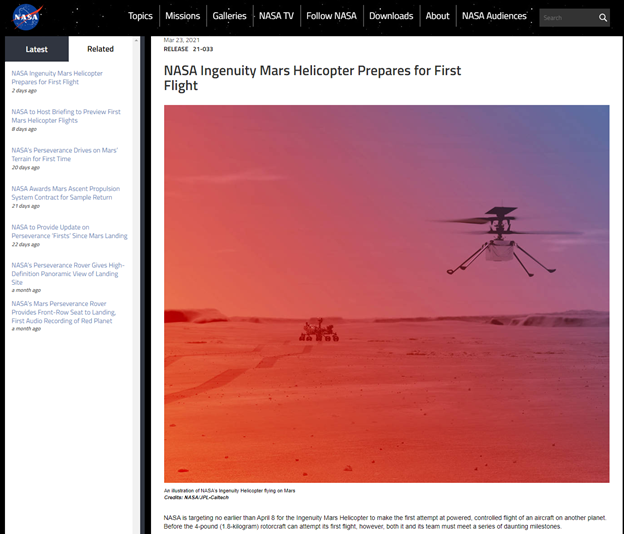 That is about it for this month. See you next month